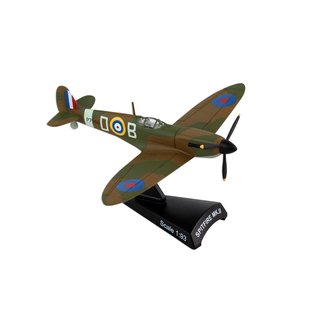 C$32.99 Excl. tax
Brand:
DARON
DAR PS5335-3 RAF SPITFIRE MK.II "BATTLE OF BRITAIN" 1:93 SCALE
DARON TRADING POSTAGE STAMP SERIES
PS5335-3
POSTAGE STAMP SPITFIRE RAF MKII 1/93 BATTLE OF BRITAIN
The Supermarine Spitfire is a single-seat fighter aircraft used by the RAF and many Allied countries during World War II. Designed by R.J. Mitchell and produced by Supermarine, the Spitfire was designed with remarkably thin elliptical wings with the thinnest possible cross-section, which enabled it to travel at speeds that exceeded those of other aircraft fighters of its time. Equipped with a Rolls-Royce Merlin engine, and 8 x 0.303" Browning machine guns, the Spitfire was a fast and maneuverable fighter and was the only fighter aircraft to be in continual production and development before, during and after the war.

During the Battle of Britain, which was the first major campaign to be fought entirely by air forces, the Spitfire was part of an important battle tactic, where the Spitfire squadrons were sent up to engage the German fighter escorts, leaving the Hurricane to attack the German bombers.

The spitfire Mk IIa, serial P7966 D-B "Manxman" was the aircraft of Wing Commander Douglas Bader, a RAF Fighter Ace, when he started leading the Tangmere Wing in March of 1941. The P7966 was one of the first to carry CO Bader's initials on the fuselage instead of standard code markings. This Die-cast metal airplane model comes in 1:93 scale with plastic stand and is approximately 3 3/4 inches long with 4 3/4 inch wingspan. 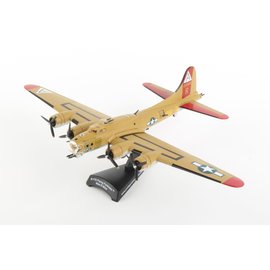 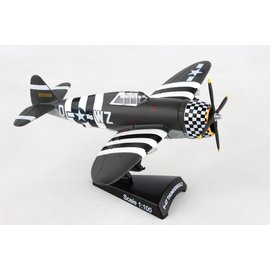 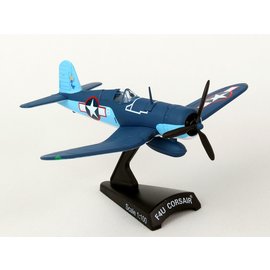 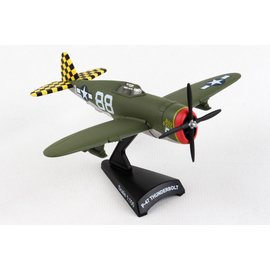