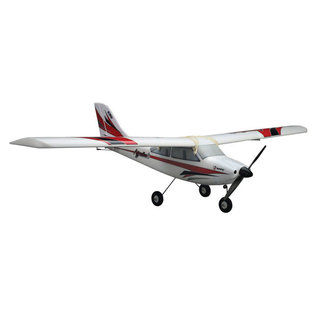 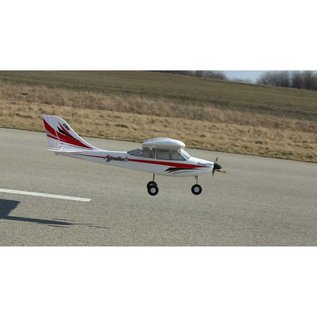 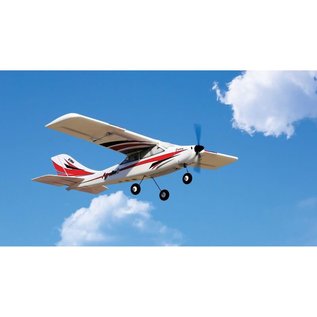 The E-flite® Apprentice® S 15e airplane is an exceptional trainer that’s a blast to fly. At its heart is groundbreaking SAFE™ (Sensor Assisted Flight Envelope) technology that makes RC flight incredibly easy, even for the least experienced user. Its combination of spatial awareness provides flight envelope protection which adds a degree of security never before available, while its smooth flight capability battles windy conditions so that all you feel is control that’s crisp and responsive. Multiple levels of flight envelope protection are provided that can be reduced or removed as your skills progress, yet the "panic" feature is always there to instantly return the model to level flight if you ever lose orientation.

Requiring just minutes to assemble, you’ll appreciate how its quiet brushless power system delivers outstanding performance and long flights. Plus it’s built to last from lightweight Z-Foam™ material that’s tough enough to handle everyday flying punishment without getting bent out of shape. After you’ve mastered the basics of flight, the Apprentice S 15e is capable of performing a wide range of aerobatic maneuvers such as loops, rolls and even inverted flight. If that’s not tribute enough to its versatility, there’s even a specially designed E-flite Apprentice S Float Set (sold separately) you can add that turns the Apprentice S 15e into a great floatplane.

All you need to fly the Apprentice S 15e right away is a DSMX compatible transmitter like the Spektrum™ DX6. Besides ease of use, it offers virtually unlimited model memory and voice command/alerts for a level of control and safety that compliment the Apprentice S 15e perfectly.