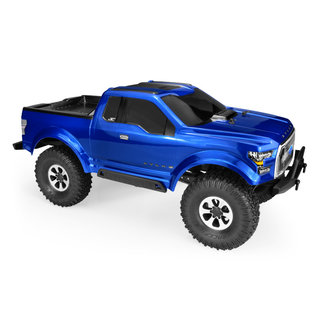 Sometimes a splash is necessary, and with the release of the Ford Atlas, JConcepts seems to have thrown a gigantic boulder into a swimming pool. The look of the Atlas is unmistakable contemporary Built Ford Tough, with bulging wheel arches, a drop-down beltline at the front doors, and some of the biggest snarling grille nostrils ever seen on an F-150.

The Atlas body is specifically built for the Vaterra Ascender and Axial chassis providing even more versatility to the wildly successful platforms. Fitting bumper to bumper, the body has all the possible detail of its 1:1 counterpart starting behind that outsized grille. Split headlight design with corner reveal turn signal points the Atlas in the right direction while edgy hood detail bulks around the wide-body fenders to provide plenty of clearance for an assortment of large 1.9” tires.

The extra cab look is defined by the recessed windows and the roof has a unique center channel and extruded touches emulating the roof-carrying system shown on the prototype Atlas vehicle. The bed and fender area maintain a couple features that pique interest including sculpted out areas which look the part of the tie-downs on cargo walls and bed floor which are so commonplace in today’s’ pickup trucks.

JConcepts has added the tailgate step feature on the rear which doubles as cargo cradle in the scale world. The tailgate itself is completely detailed dropping down to the bumper which has places identified for license plate and underneath, the exhaust tips. The Atlas includes a decal sheet for headlight, taillight with Ford and Atlas logos throughout.  Decal trimmings include miscellaneous JConcepts logos, door handles, exhaust tips and running lights. Jump in head first with the Atlas by JConcepts. 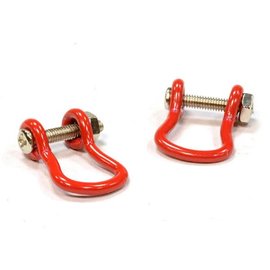 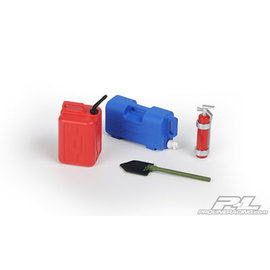 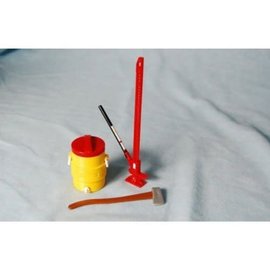 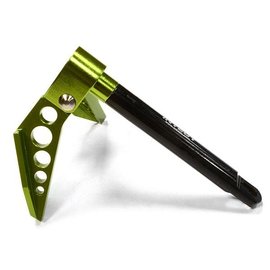