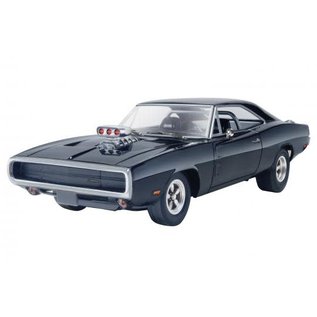 Description
The most popular car in the Fast & Furious™ movie series is Dominic Toretto’s jet black Dodge Charger. In the very first movie, Dominic showed that hot import cars are no match for cubic inches. The Fast & Furious series now includes seven films, and is the most successful franchise in Universal Studios history. Dominic’s 1970 Dodge Charger has appeared in most of the films. The Dodge Charger nameplate has been used on three different platforms. The most famous Chargers were the classic ‘68 through ‘70 versions. Based on the Chrysler B-body, these cars sell for thousands of dollars today. Dominic’s ‘70 Charger has the powerful HEMI engine, which is a classic on its own. It was a special engine option in 1970, and is very rare today. It helped Dodge win many stock car races and championships. 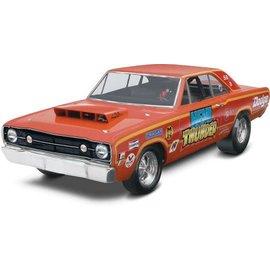