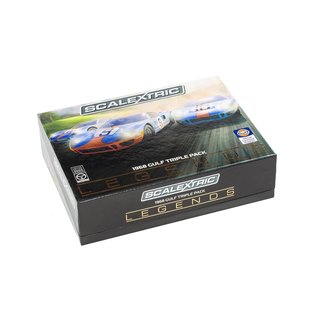 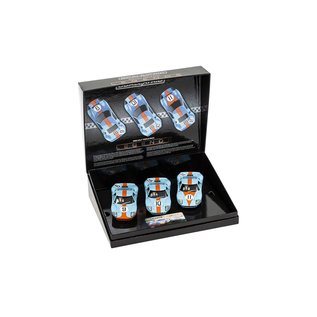 1968 saw Ford continue their successful attempts at the world’s greatest and oldest active endurance race, the 24 Hours of Le Mans. 2018 marks 50 years of Ford’s third successive win, and the first for a car sponsored by Gulf Oil, who’s famous blue and orange colours would soon become as synonymous with motorsport as the race itself.

Despite two of the three entered cars failing to finish, the winning machine of Rodriguez and Bianchi triumphed by a number of laps over the second and third place Porsches, with the race proving to be one of attrition with only sixteen classified finishers.

This set combines all three of the Gulf entered cars, as a perfect way to commemorate the first win at Le Mans for both Gulf and the Ford GT40 MKI, with the MKIV Ford and the MKII being victorious in both 1967 and 1966 respectively. 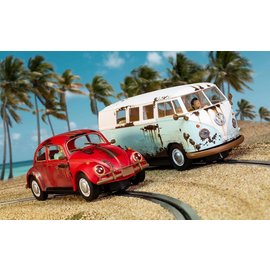