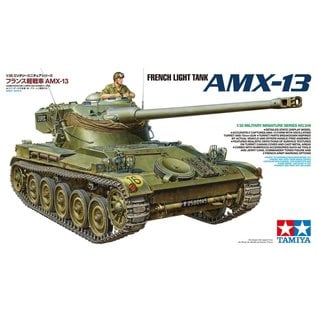 This is a 1/35 scale model recreating the French AMX-13 light tank. The tank employed an oscillating turret, which was made of two halves, with the gun fitted to the upper half. When it fired, the whole upper half recoiled. This design helped facilitate the AMX-13's auto-loader. The tank was produced over the period 1952-1987, and exported to a number of other countries' militaries, in addition to its use by French forces. Different variants were produced, including 75, 90mm gun, 105mm gun and anti-tank missile AMX-13s.

The Tamiya model captures all of the details seen on the actual subject, including rubber tracks which depict realistic rubber pads. 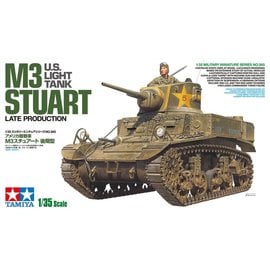