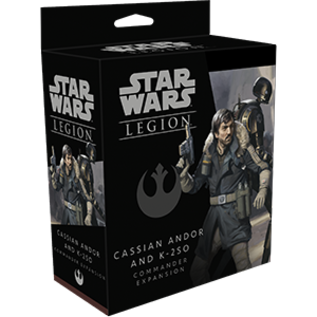 One of the Rebellion's most capable intelligence agents, Cassian Andor has dedicated his life to the cause. Capable of both leading an all-out assault or operating independently on the battlefields of Star Wars: Legion, Andor is a versatile addition to any Rebel army. No matter what role you choose for Andor, the reprogrammed KX-series security droid K-2SO is ready to assist in any operation with both his massive strength and tactical analysis.

Within this expansion, you’ll find beautifully detailed, unpainted hard plastic Cassian Andor and K-2SO miniatures that feature a wealth of customization options. Cassian Andor can be assembled with three different weapon options, including his compact blaster and his A-280-CFE in its pistol configuration. K-2SO, meanwhile, can be assembled carrying Jyn Erso’s SE-14 blaster, a grenade, or with his hands free. This expansion also contains four new command cards—three for Cassian Andor and one for K-2SO—as well as two unit cards and nine upgrade cards that let you outfit this pair with additional weapons, gear, and more. 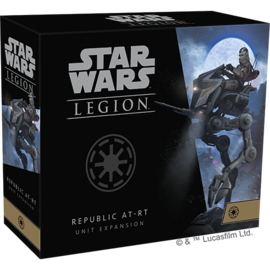