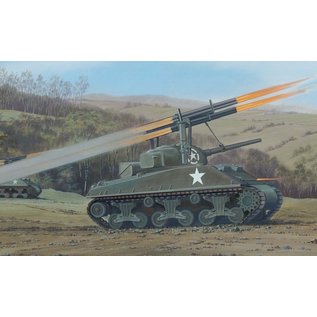 The Rocket Launcher T34 (Calliope) was a tank-mounted multiple rocket launcher used by the US Army during WWII. The launcher was placed atop the tank, and fired a barrage of 4.5 in (114mm) rockets from 60 launch tubes. It adopts its name from the musical instrument 'Calliope', also known as the steam organ.